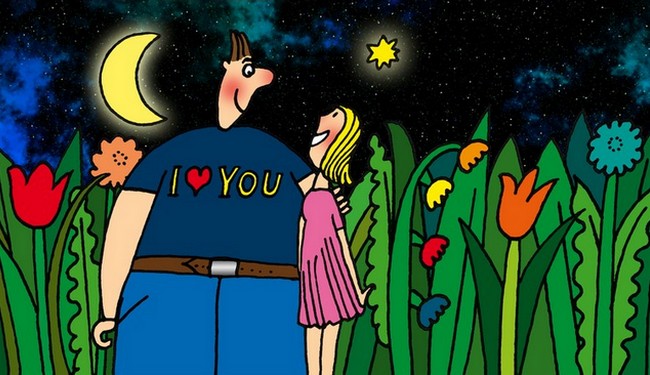 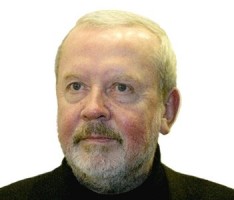 Freshly septuagenarian Ivan Popovic definitely doesn’t need “catch a second breath” – he never lost even his “first breath”. He is not going to any – though certainly deserved – rest. We can only confirm that it would be really a great pity – master is at full strength physically and mentally, bursting with creative activities, developing extraordinary projects and with an enormous amount of ambitious plans in his mind. He has still so much energy that he could easily overcome anyone of the younger colleagues.

Mapping the extensive creative work of Ivan Popovic will be truly difficult nut to crack even for the most ambitious art historian – already his work created to this date is actually reaching gigantic proportions. The list of his creative activities in various artistic disciplines which is annexed to this text doesn’t claim to completeness – no doubt that many of his works or awards may be missing in it.

A few days ago at the 12th International Festival of Animated Films for Children Biennial of Animation Bratislava BAB 2014 Ivan Popovic was awarded the Honorary medal of Albin Brunovsky. And although he has already won many major awards, accolades and honors for his work, he isn’t definitely going to rest on laurels. Therefore we are sure that also in the future he will do us a lot of joy with his creative work.

Ivan Popovic was born on 16th October 1944 in Banovce nad Ondavou, Slovakia. He spent his childhood in the town of Kezmarok under the High Tatra mountains. Art attracted him already from his early age – he published his first artwork in a newspaper in 1957 as a thirteen years old boy. In 1960 in the age of sixteen he had his first exhibition in the theater of Chrudim and the second one in the theater Paravan in Prague, both in the Czech Republic. In 1962 he graduated from Geography and Cartography at the Higher School of Civil Engineering and Surveying in Kosice, Slovakia. But in this field he worked only for a short period as a draftsman in Cartographic Institute in Modra-Harmonia. From 1963-66 he served as an editor in the Publishing house Smena. Since 1966 he is working as a freelancer in Bratislava, Slovakia.

Ivan Popovic is truly versatile man and artist: draftsman, painter, animator, director, screenwriter, writer, designer, illustrator, cartoonist, traveler, etc. Although the public often tends to perceive him mainly as a creator of cartoons and animated films, his operating radius is much wider. Ivan Popovic includes into his portfolio also a documentary film, music videos, photography, advertising creation, design of books, magazines, logos, design of posters, monumental creation and extensive literary activities. He increasingly deals with the free fine arts, mainly in the field of drawing and painting. He is charmed by technique of acrylic on canvas and paper, and drawing with ink or carbon. The main topic of his free creative work is a tribute to feminine beauty and attractiveness, as the inexhaustible source of life and inspiration.

An information in his draftsmanship creation is carried by simple playful line, which becomes an ideal means of expression of the artist’s thought message. He illustrated a large number of books by his drawings or cartoons. He published them in hundreds of newspapers and magazines. Ivan Popovic presented his cartoons and illustrations at many personal exhibitions in Slovakia, the Czech Republic, Poland, Bulgaria, Russia, the former Yugoslavia, Austria, Germany, France, Mongolia and the Philippines. In addition, he has participated in innumerable group exhibitions worldwide.

He participated in foundation of two galleries in Bratislava – the Youth Gallery (1965), and along with David Popovic he initiated foundation of the Siemens Forum Gallery (1998). His work in the field of exhibition industry includes curatorial activities, exhibitions and art installations and print documents such as invitations, posters, catalogs, etc.

Ivan Popovic belongs to the founders of Slovak animated film. He contributed to the formation of the first professional Animated Film Studio in Slovakia, which was founded in 1965 in Bratislava. The first film of this Studio was “Pinguin” (1965), in which he participated as the creator, screenwriter and artistic designer. He also took part in the formation of the Department of animated puppet film within the Slovak Film Creation in Bratislava. As a writer and director he was involved in the implementation of several documentaries and feature films (e.g. travelogue series “Far is close”, …). He is working for a long time on a biggest-ever animated series “Having one wheel more!”, which popularizes the most important inventions of the 20th century in a humorous way. The project should have 52 parts, each of 6’30 “. The parts of the series which were already finished received a number of prestigious film awards (see below).

A large part of his work is addressed to children. He participated in more than 130 animated films as an author, screenwriter, artist, animator, director and cinematographer, and many of them are intended for children. Recently he presented his rich creative activity in the animated film at the exhibition “Drawn worlds of Ivan Popovic” in Zichy Palace in Bratislava.

Ivan Popovic created thousands of illustrations for children and published them in more than two dozens of books. He wrote hundreds of funny texts and original fairy tales some of which were published in books (see below). He created the board books for children (When our mama loves us; Board Game on painted cheeks), coloring books (Fairy tales of Hlavicka), illustrated textbooks (Slovak language for the 2nd and 5th class of primary school). He published his illustrations and fairy tales in many magazines for children (Kamarat, Ohnik, Vcielka, Zornicka, Pionier), with which he collaborates since 1960. He is the author of the comic strip “Tales of Mydlinka”.

He is the author of several books for adults (Women comforter, 100 + 1 day of Ivan Popovic, Party, etc.).

Ivan Popovic was a guest in many TV shows – let us mention at least those that were made more recently: “Literature in pictures – Slovak literature in film and television works”, moderated by Dado Nagy, and Peter Marcin’s program “Late Night”.

A more detailed overview of the creative work of Ivan Popovic you can find HERE.

As we have already mentioned in the introduction – it is simply not in our power to present a complete extensive creative activities of Ivan Popovic – by means of this exhibition we bring only a small fraction of his work – some examples of cartoons, some pictures from the animated films, and in order to obtain a more comprehensive view of the creation of the author we complement this collection with several works of the master’s draftsmanship and painting works. We are convinced that contact with the art of this important Slovak author will delight and enrich you.

* A more detailed overview of the creative work of Ivan Popovic you can find HERE.