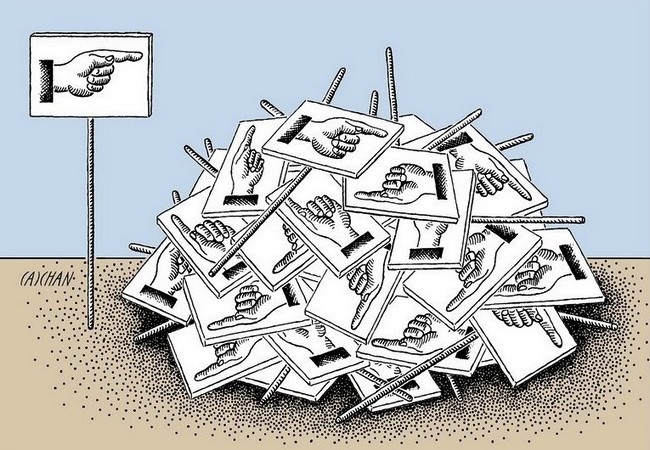 GREAT REPRESENTATIVE EXHIBITION OF A REMARKABLE CARTOONIST
FROM SWEDEN 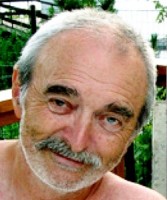 From the earliest childhood to the late old age, human beings try to orientate themselves in the world which surrounds them. We are exploring it by all senses, and where this is not enough, there starts the competence of our thinking apparatus which using complicated thought operations of abstraction and generalization sorts out the essential features of reality and allows us to understand the things which would otherwise be absolutely unrecognizable for our senses.

However, individuals endowed with creative potential are not content with a mere cognition of the existing world, their creative potential commands them to find new points of view, to create previously non-existent things and new worlds – i.e. through creative connection of experience and imagination discover their own original interpretation of reality.

It is symptomatic, and perhaps even inevitable, that the authors of visual humor are very often architects, i.e. members of eminently creative profession of another kind. Into this category belongs also a Swedish architect, cartoonist, illustrator and essayist Juraj Cajchan. I intentionally wrote “Swedish” because inspite of his Slovak roots (to which he proudly reports) he began create cartoons up to 15 years after moving to Sweden and indeed all his existing artworks were created just in this country of Northern Europe. We can even say that he contributed to the Swedish humor, because despite the prevailing tradition of verbal humor in the then Gothenburg he stubbornly and finally successfully sought for “pure” graphic cartoons without the use of verbal comments, which of course we consider to be extremely meritorious achievement.

The aim of creative effort of Juraj Cajchan has never been a purposeless exhibice of the artistic bravura; on the contrary – he strictly subordinated his graphical expression to his own plan – the unique addressee of his drawings always was and is a daily periodical press. For this purpose he created his own sign language reaching nearly the quality of hieroglyphic writing, his figures simplified by artistic abstraction to the level of symbols have become the medium through which the author interprets his ethical message to the reader. His “picturesque scenes” from everyday life never lacks the poetry and are allways crowned with surprising punch lines inspiring reader to deeper thinking.

The most important Slovak theoretician of cartoon art Kornel Foldvari labeled Juraj Cajchan a peculiar philosopher whose ideal is not deafening explosion of laughing, but rather silent smile of a person who himself survived a lot.

Juraj Cajchan will very soon celebrate a “half-round” jubilee – his 75th birth anniversary. We are very glad that we can even in this way wish him a lot of health and creative energy. We believe that he will continue to surprise us and still make us laugh with his witty artistic insights.

Juraj Cajchan was born on 19th November 1941 in Bratislava in the former Czechoslovakia. In 1964 he graduated from Architecture at the Academy of Fine Arts in Bratislava. As a sign of disagreement with the occupation of Czechoslovakia in 1968 he moved with his family to Sweden. He found his new home in picturesque Gothenburg. He successfully established himself as an architect and worked in this profession for many years.

Since 1983 he collaborates with the newspaper Göteborgs Posten, in which during 33 years has published more than 4,000 drawings – mostly cartoons or short series.

As the author himself says: “The focus of my work was and is the newspaper, I was looking for a suitable graphic form just for newspapers. In eighties the quality of printing and paper has not been as high as today. Whereas the form and size of the drawings were tailor-made to the format of the newspapers and to the close contact with the reader, it has not been intended for perception from a longer distance, so I have exhibited my works quite rarely.”

Juraj Cajchan presented his creative work at several exhibitions in Sweden, Belgium (Knokke-Heist) and in other countries. At the competition in Fredrikstad he has been awarded the prize for his artworks. In 2009, his artistic contribution was awarded the Culture Prize of Gothenburg. He released two albums of his cartoons. In addition to the creation of cartoons he has been actively focused in journal articles illustrations.

He gradually started to publish also the short texts which he allways illustrated with his own drawing or photograph.

Creative work of Juraj Cajchan not remained without response even in the country of his origin – from 2014 he regularly publishes also in Slovak humor magazines. In 2015, he had an individual exhibition of his drawings at the multi-genre European Festival of Humour and Satire “Kremnica Gags” at which the Humor Academy nominated him for the prestigious “Golden Gander” award.

Passionately and successfully he focuses also to the game of petanque (boule) in which he became in 1991 the champion of Sweden in singles. Juraj Cajchan lives and works in Gothenburg, Sweden.

Let us also through this exhibition congratulate to the upcoming 75th birthday of Juraj Cajchan. At this extraordinary opportunity we present an extensive collection of 183 drawings from the creative work of this remarkable cartoonist from Sweden.