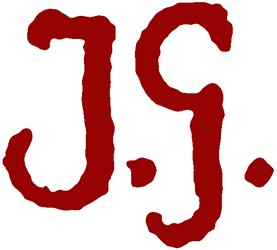 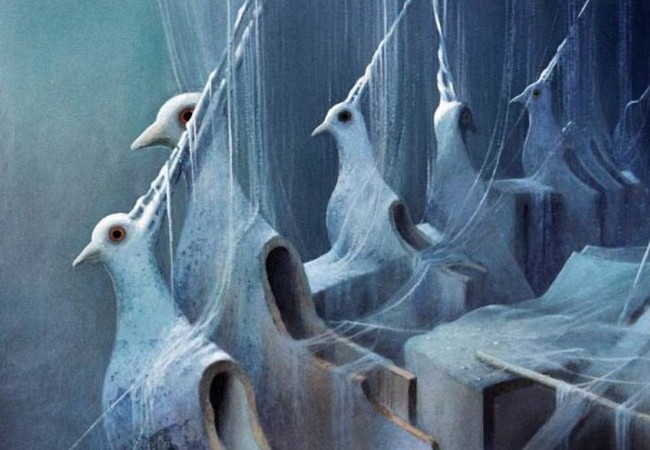 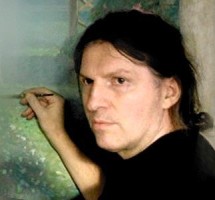 Human life lasts only a very short time – but exceptional work of art can bridge the ages, and is able to enrich a range of generations. Work of art that proclaims to us that in our lives are essential not only practical needs of our physical existence – water, air, food, warmth, sex and excretion; in order to we do not degrade to the level of wild animals we urgently need also fantasy, dreams, ideas, feelings, goodness, beauty, magnificence, poetry, music, and undoubtedly also quality fine art … All these are the attributes of fullness of life that help us resist to lowness, vulgarity, evil, pain, illness and death.
.
And precisely these values offers us in his work an excellent artist Jerzy Gluszek from Poland. His work operates in our gray reality as a revelation – we suddenly feel a whiff of unearthly beauty and bliss, the author is able, through the poetry of lines and colors depict all those indescribable emotions: passion, desire and sadness, love and ecstasy as well as uncertainty and fear – all this horrifying splendor of life. This great artist absorbs life in all its contradictory completeness, he is reliably extracting from it the most basic essence and has the ability to mediate it to us in extraordinarily impressive way. His work fascinates with the perfect artistic feeling and a high mastery of artistic expression. If we dared to use the comparison for example from the field of music – the best artworks of Jerzy Gluszek can be boldly likened to Beethoven sonatas. It is therefore an immense honor for us to introduce you his career path and unique creative work.
.

Jerzy Gluszek was born in 1956 in Wroclaw, Poland. He graduated with Diploma from the Faculty of Painting, Sculpture and Graphic Arts of the Academy of Fine Arts in Wroclaw in 1981. After his studies he has actively participated in many events and happenings. He worked at the creation of an independent art magazine “Luxus” in 1983, and magazine “Gluszec” in 1986.

Currently is working as a freelance artist, painter, illustrator and graphic designer. He is specializing mainly in the pastel technique. Activity as a freelance cartoonist since 2005. During this time he also created illustrations for children. (Goodnight and hush, Dorota Hartwich, Wydawnictwo Format, Lagiewniki 2008). He took part in exhibitions of illustration for children e.g. “Polish Master of Illustration for Children”, Warsaw and Dortmund 2009; “Formas de Ser Estar” Exhibition of Illustration, Galeria Dama Aflita, Porto 2010; “Polish Book Art for Children“ Seoul International Book Fair, Seoul 2012.

His paintings and satirical drawings have been exhibited at numerous individual and collective exhibitions in many countries of the world (Poland, Germany, France, Belgium, Sweden, Greece, Portugal, Canada, etc). Jerzy Gluszek was awarded numerous prestigous prizes (see bellow). In addition to awards for cartoons he also won a number of awards for painting and drawing. He was invited to be a member of Jury at the International Cartoon Competitions (Poland, China). Jerzy Gluszek is living and working in Wroclaw, Poland.

All this is confirmed by the achievements that Jerzy Gluszek reached in his creative work:

We invite you to a tour of the great representative exhibition of artworks by brilliant artist Jerzy Gluszek from Poland. Certainly do not miss this great artistic experience!