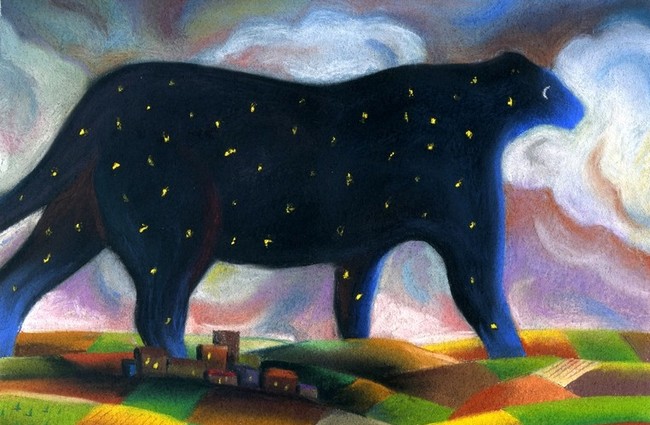 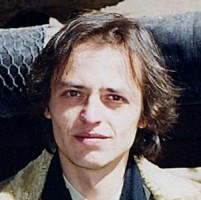 It seems that there are people who have their life path firmly predestinated in advance. When we observe the lines of force of their life course, we find out that all are directed unerringly to one constant target. Such a trajectory runs through the life of excellent artist and cartoonist Constantin Sunnerberg from Belgium. At first glance it might seem that all those impressive successes, that he achieved by a mere three years, during which he has been creating cartoons are a kind of miracle – but if we look back to the past, we find that his life journey was predestinated long before his birth: it was determined by the historical framework, family background, the environment in which he grew up, the places at which brought him the life, people whom he encountered and of course a huge talent which he has been blessed with. In extremely short time he became a shining star of the international cartoon competitions around the world and undoubtedly one of the great personalities of Cartoon Art. Let’s get acquainted with his life and creative work.

Constantin Sunnerberg (who is signing his artworks as Cost.) was born on 19th September 1970 in Moscow in the former USSR. His name is Swedish and it means „the mountain of the sun“. His family came to Russia few centuries ago. He grew up in an artistic environment – e.g. in the famous Tretiakov Gallery in Moscow, there is a portrait of Constantin’s great-grandfather Constantin Sunnerberg painted by the great painter Mstislav Dobujinski.

Constantin started to draw very young and he illustrated his first book before he was ten. His mother was completely anticommunist with a lot of dissidents as friends. She decided to leave the country doing a wedding with a French journalist. The story is described in a book called “White wedding on the Red square”.

The family moved to Belgium when Constantin was 10 and 3 years later they become French citizens. Constantin spent his school years in The European School in Brussels and afterwards (in 1995) he finished “La Cambre” artistic University in the Grafic section.

He loves changing styles and technics. He painted a cow for Le Soir (Art on cows Brussels). Constantin did about 40 trips in French cities for Courrier International creating illustrated reportings. In 2001 he created drawings for the first Rwanda trial (Brussels) – some drawings are in the Musée d’Histoire Contemporaine in Paris, France. In 2002 he created the Giant figures for the famous Carnival in Nice (France) and in 2003 drawings for the German TV ZDF.

Constantin Sunnerberg won prizes in political cartoons, in poster or writing short stories competitions as well as in Belgian chess tournements. He started to create cartoons and participate in cartoon competitions only in 2010 and immediately won third prize in a renowned cartoon contest in Knokke-Heist, Belgium. Since that time his cartoons have been awarded a number of prestigious prizes at both national and international cartoon competitions and a list of his achievements is still increasing (see bellow).

He is married with a Spanish pianist (born in Chile) and they have 3 children – Andrei, Ivan and Barbara. Constantin Sunnerberg is living and working in Brussels, Belgium.

Drawings in the periodicals:

We invite you to a tour of the great representative exhibition of excellent cartoonist Constantin Sunnerberg from Belgium. Certainly do not miss it !