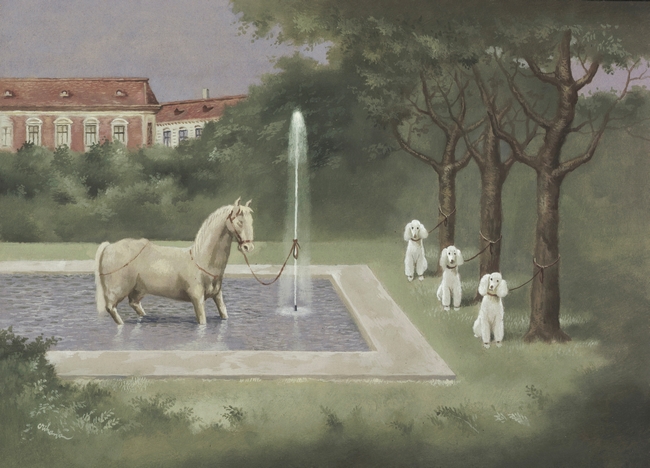 GREAT REPRESENTATIVE EXHIBITION OF A WORLD-FAMOUS CARTOONIST
FROM ROMANIA 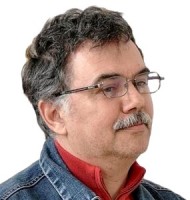 On the bank of the river Lethe, the omnipotent ruler of the time – mythological Chronos is sifting all creations of the human race. Only the biggest “pieces” don’t pass through the huge meshes of his sieve and will be preserved in the memory of generations. The other ones will disappear forever into the dark waters of the mythical river of eternal oblivion.

A terrible vision? For many people undoubtedly yes. But only this, ultimately merciful mechanism of time protects mankind from the influx of cultural waste. It filters out all the average, small and trivial, it separates the imaginary high-quality wheat from the redundant chaff. There will survive only works far exceeing all others. Works of those creators who see more and to farther distance. Those who captured the breath of eternity and dimension of infinity.

A wonderful example of the work that will pass to the future with honor is the creative work of an exceptional artist Florian Doru Crihana from Romania. His images are the pride of each exhibition and adornment of any gallery or museum. His work is a proof that the Cartoon Art in the works of top representatives of the genre can reach the level of the greatest artists of all times. After all, Crihana’s artworks were frequently and deservedly exhibited in renowned exhibition halls together with paintings by major giants of world art and most respected masters of cartooning.

According to one of the many definitions of genius – it means the ability to see the most ordinary things in an extraordinary way. It’s a high above-average in certain abilities of a person, exceptional level of talent, the highest level of creative potency and originality that predetermines him for exceptional performance. Typical properties of such a personality are rich fantasy, imagination, intuition and abstract thinking, usually accompanied by significant will power, diligence and endurance.

Looking at the creative work of Florian Doru Crihana we must conclude that this exceptional artist almost ideally meets these conditions. Where the average person sees just an ordinary, gray banality, Crihana finds there miraculous artifacts. Where we see just simple buildings, he finds palaces and temples; the trees bear the golden apples and ordinary carps at the moment turn into the charming mermaids. In his works he offers us an extraordinary aesthetic value, full of imagination and visual poetry. His cartoons are definitely not any ephemeral creations even from a formal point of view – they are created a solid painting technique worthy of masterpieces – oil on cardboard.

Admiring his paintings we urgently realize how richer and more beautiful is our world with fantasy, imagination and with the creative work of great artists such as Florian Doru Crihana.

Chronological overview of the professional life of Florian Doru Crihana:

Let us express also through this exhibition our admiration for exceptional work of Florian Doru Crihana. We bring you an extensive collection of 153 artworks from a unique creative work of this world-famous artist. A strong artistic experience is guaranteed.