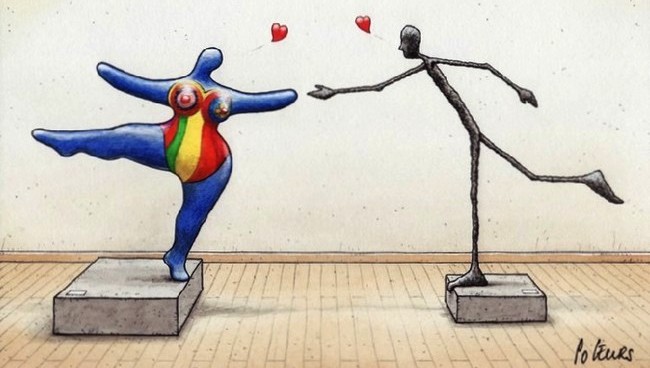 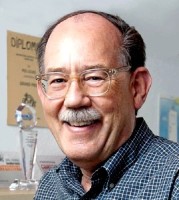 Graphic humor, the cartoon, has such a unique arsenal of means of expression, which could many other genres only envy. It is able to describe life in all its breadth, depth and color, and can express even what we feel only in our hearts, but what we don’t know to say by words. The possibilities of cartoons are staggering – once donate us an easy refreshing smile, and another time force us to laugh to a full throat. One time force us to think, another time freeze us in horror. In the same breath are telling us juicy piquant stories and immediately complement them with deep philosophical reflections. The cartoons promptly bring us the hottest news, but playfully are able to abstract even the general regularities. And all this by pure visual means only, fully internationally understandable. Therefore, it is really hard to understand that this huge “potential energy” of cartoons cannot find much greater application in the media.

In the world of Cartoon Art has been profiled a number of respected artists whose names knows probably each adept of graphic humor in the world. One of these renowned authors is a leading cartoonist from Luxembourg Pol Leurs, who controls the means of expression of cartoons truly masterfully and his creative work has achieved well-deserved international fame and appreciation. We are highly honoured to present to you his interesting life story and his extensive, successful creative work.

Pol Leurs was born on 27th September 1947 in the city of Luxembourg and lives as a retired engineer with his wife Gabie in Gonderange. He’s father of three adult boys.

Self taught in art, he was regularly published from 1975 to 1983 in several Luxembourgish magazines. Since 1976 he has held individual exhibitions in Luxembourg and participated at many national and international exhibitions. He was member of several international cartoon contests and president of jury at the Salon International de la Caricature et du Cartoon de Vianden (Luxembourg).

As the vice-president of the luxembourgish association CartoonArt.lu Pol Leurs promotes the cartoon art in Luxembourg together with some fellow artists and friends of cartoon art. He is a member of FECO-France. In 2003, 2006, 2009 and 2012 he published several cartoon books of his selected works (wonderful books “Cartoons 3” and “Cartoons 4” by Pol Leurs can be ordered at: poleurs@pt.lu).

We are very pleased that we can now invite you to explore the cartoons of the world-famous cartoonist Pol Leurs from Luxembourg. We wish you a pleasant distraction and a range of experiences which the art of graphic humor promises to provide to you.