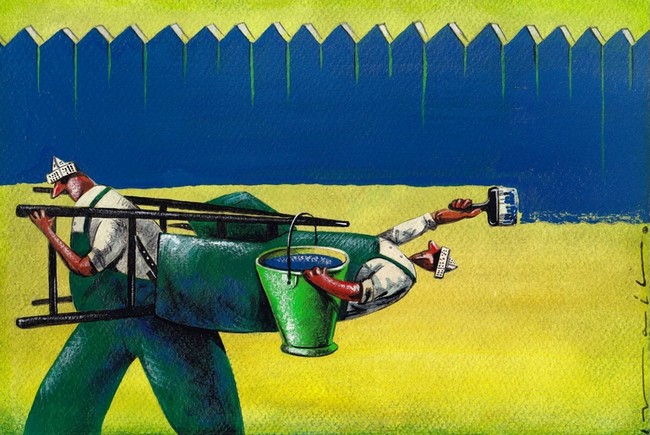 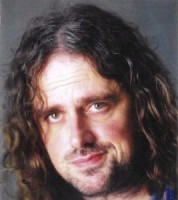 In the course of historical development, the mankind has invented many ways of mutual communication, however none of them can compete with language of pictures. It is long ago known that one thinks in images – to understand and feel the reality we don’t need words – the picture directly and without problems captures even what we don’t know by name. For the person who knows the figurative language, there doesn’t exist language barrier – he is ready to communicate with the whole world and the whole world will understand him. And if it is associated with humor as a specific and unique way of seeing the world, the understanding is perfect. Leading Bulgarian cartoonist Ivailo Tsvetkov disposes the knowledge of figurative language at an exceptionally high level. Therefore, when our eyes “listen” to the testimony about the world and life in it, which Ivailo through his works transmits to us, we feel the pure joy of knowing that creative individuality of the artist is able to saddle the mythical Pegasus, which easily transfers us over all misunderstandings and misperceptions.

Ivailo Tsvetkov was born in 27th March 1964 in Sofia, Bulgaria. He graduated at the Art School in Sofia – section “Ceramica” in 1983. After that he studied “Animation”, but he doesn’t finished it. Ivailo Tsvetkov published his first cartoon in 1982. When he was 20 he started working as a press cartoonist for various periodicals. Currently, he is working as editorial cartoonist in daily newspapers “Telegraph” and “Monitor” and weekly newspapers “Politika” and “Europost” and also for weekly magazine “Tema”. Every day he creates at least two political cartoons and some others for weekly editions. Ivailo Tsvetkov presented his artworks at several individual exhibitions at home and abroad (in Osijek, Croatia and Surgut, Russia). He also participated at countless collective exhibitions in many countries of the world. Ivailo Tsvetkov is regular participant at many national and international cartoon competitions and his artworks were awarded more than 70 prestigious prizes and honorable mentions all around the world (Bulgaria, Serbia, Macedonia, Italy, France, Brazil, Slovakia, Romania, Russia, Israel, Iran, Portugal, Poland, Turkey, Belgium and Colombia, etc).

The most important awards of Ivailo Tsvetkov are:

Ivailo Tsvetkov is a member of the Union of Bulgarian Artists and the President of FECO – Bulgaria. He is living and working in Sofia, Bulgaria.

Therefore, we need to use again for a moment our natural perception of the world and carefuly “listen” to what are saying us the artworks of Ivailo Tsvetkov by means of their wonderful figurative language. Enjoy his great exhibition in the Cartoon Gallery!