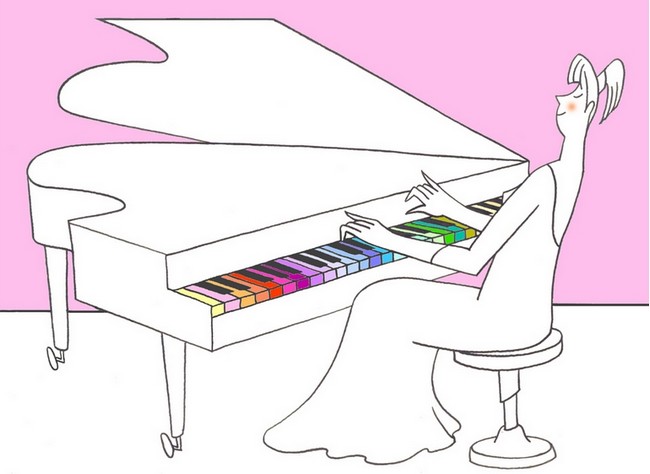 REPRESENTATIVE EXHIBITION OF EXCELLENT ARTIST
FROM THE CZECH REPUBLIC 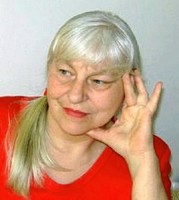 The equilibrium of the world, and even its very existence is simply unimaginable and even completely impossible without the female element. Woman as a giver of life (and often also of its meaning), object and subject of love, eternal inspirator of all the fine arts. The feminine vision and feeling refines and cultivates our often too harsh and merciless world, makes it more bearable and liveable. No woman wants a war, an innate sense encourages her to the protection of life, to understanding, kindness, care, tenderness, keeping the family hearth warm, … Creative work of excellent artist from the Czech Republic Mrs. Marie Plotena offers to us all this things full handful.

Writing about the creative work of Marie Plotena, try to describe her artworks by the words, to define the feelings which they give us, it is almost unfeasible task. Nevertheless, we will try it on.

We certainly do not intend to examine artistic part of her work – a highly erudite and professionally matured author has gained an adequate and well-deserved respect a long time ago. Her style is absolutely unique and the spiritual dimension is for her above all. Her soft, clean and tasteful humor acts to us as a balm and graceful lines of her images caress our disordered minds by their ethereal reference.

She teaches us to see the reality from a different, kinder angle, with different optics – leads us as mythical Ariadne through the labyrinth of our strange inscrutable world to show us her own amiable country in which is cozy, pleasant atmosphere, where we do not meet with horrors, where there is no place for treachery, but just for the small amusing misunderstandings or surprises. Her characters, created by the typical unmistakable handwriting, have nothing malicious in themselves; her gentle, refined humor elevates us to the higher realms, it is a graphic poetry in the true sense. She does not scold us, does not give us any lessons, just lightly indicates something important and offers us a quiet reflection.

In the work of Marie Plotena is no place for any random combination of disparate elements, her drawings emanate from her soul, makes us feeling safe and easy, they do not burden us like a stone on our neck, they do not cause headaches; the world with them is much nicer and more bearable. She does not allow us to drown in the flood of disasters and threatens which every day the media offer us. However, she does not show us light at the end of a long dark tunnel – in her world is no place for darkness; it is shining with wonderful sunshine, pleasant and joyful.

Certainly she cannot be faulted that she would be unreceptive to the existing complexity of the world, that she is trying to lighten it without any reason; on the contrary, to the sensitive soul of the author does not escape any disproportion, she knows infallibly diagnose problems and even unmask the seemingly idyllic situation and always finds a viable way out of any unsolvable situation.

In spite of all the apparent ease, and perhaps thanks to it, the work of Marie Plotena fulfills actually a gigantic role when it absorbs all the difficulties and transforms them into an edible form and thus gives us the ability to see things differently – relations of the individual components of reality suddenly seem to us more readable and even seemingly trivial situation becomes the holder of a strong ethical message.

As it is well known the way how we perceive the outside world is not its true copy in our mind, but autonomous image created by our mind itself, through its settings and filters. To be able to see things in a new way, we need often the outside stimulus that will help us to reformat our perception. For widen our focus and recognize other possibilities. In order to be able to see again that despite everything what is happening, the sun still shines, the rivers are still flowing, birds flying and near us there are people who love and need us (and we need them as well).

Many people are often asking: “Why do we need art?” Well, exactly for this! And it is definitely quite a lot.

Marie Plotena was born on 21st February 1946 in Brno in the former Czechoslovakia. From 1961 to 1965 she studied at the School of Applied Arts in Brno, in the industrial arts studio. Then she continued her studies at the Department of Aesthetic Education at the Pedagogical Faculty of the Masaryk University in Brno, where she graduated in 1971 with a master’s degree.

Her work attracted art lovers already at her first public appearance at the Brno 15/30 Triennial in 1972, at which she presented her jewelry and wire objects. On the following exhibitions she presented with great success already her paintings and drawings.

After graduation, she worked for several years as a teacher at vocational art schools. At the beginning of her professional career she began learning at the fine arts section of the “People’s School of Art”. Soon, however, she decided on a freelance and free work. Later on, she teamed up free work again with the teaching activities and in the years 1993 to 2006 she worked alternately at the “Secondary and College of Art and Design” in Brno in the field of “conservation and restoration” and at the “Secondary School of foundry” and “Higher Vocational Technical School” in the artistic field “Engraving and processing of precious metals”.

Range of fine arts activities of Marie Plotena is really admirable: painting, drawing, graphic design, cartoons, illustrations, studio jewelry, tapestries and wire objects, stained glass windows and of course also the art pedagogy. An important area of her work, which she creates since 1980, are the so called “Roughed pastels” incurred by her own unique art technique. They are pastel paintings with special structure and scarifying surface which forms a soft plasticity and thus brings to paintings the third dimension.

Marie Plotena is well known to the general public especially by her humorous drawings which became one of her major artistic domains. Since 1976, her drawings have been regularly published in Czech and foreign press (e.g. in magazines such as “Mlady svet”, “Kvety”, “Stadion”, “Dikobraz”, “Rovnost”, “Opus Musicum,” “Universitas” and others. Her works have also appeared in several foreign periodicals.

Marie Plotena illustrated several books, including two books of aphorisms, participated in the proposals of book covers and calendars. She has collaborated with “Trade Fairs Brno” in artistic presentation of trade fair expositions in the Czech Republic and abroad. She also cooperated with the Czech Television on the designs of some programs. Marie Plotena brings together in his work in the exceptional synthesis simplicity of expression with a wealth of original and artistic ideas of thought. In the nineties, she has extended her activities to illustration of Bible verses and proverbs, which perceives an unusual way, and she discovers in them for the viewer many hidden and surprising insights. At the same time she approximates their appeals and their message, which enhances their spiritual dimension.

Cartoons and roughed pastels by Marie Plotená have become part of the collections of many museums and private collectors property. Her work in the field of cartoons, paintings, applied art, book and applied graphics have been presented since 1972 on a number of individual (over 90) and group exhibitions (more than 200) at home and in many countries around the world. Authoress has exhibited in Mexico, Brazil, USA, China, Taiwan, Malaysia, Colombia, Cuba, France, the Netherlands, Switzerland, Italy, Spain, Greece, Israel, Turkey, Russia, China, Austria, Portugal, England, Bulgaria, Belgium, Germany Canada, and others. She has participated on several international painting symposiums.

Her creative work has been often successfully confronted with artworks by national and foreign artists, especially the authors of cartoons. Her work won numerous awards on the domestic scene and abroad (selection of awards see below).

Marie Plotena is a member of “The Association Q”, “The Brno Biennale Association”, the International Organization of Graphic Designers “Icograda”, “The Union of Visual Artists”, The Federation of European Cartoonists (FECO) and until 2014 also “The Czech Union of Cartoonists”.

Dear friends, in this exposition we would like to introduce you outstanding creative work of the First Lady of the Czech cartooning Mrs. Marie Plotena. The exhibition offers an excellent aesthetic and intellectual experience – we invite you to enjoy it together with us.