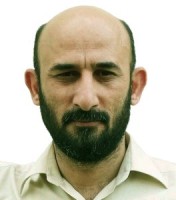 Huseyin Cakmak was born in 1964 in Nicosia, Cyprus. He started to draw cartoons in 1976 under the influence of the “Gir – Gir” Humour Magazine of Turkey. His cartoons have been published in various newspapers and magazines in Cyprus as well as in many countries of the world. Huseyin Cakmak exhibited his artworks at individual exhibitions in Cyprus, Turkey, Serbia, Croatia, Poland and participated at collective exhibitions in more than 64 countries and his works have been published in numerous international cartoon albums. He has won 130 awards in various national and international cartoon contests. For many years, Huseyin Cakmak was selected as the “Best Cartoonist of The Year” and his works were accepted for exhibition by the international museum of cartoons. He has been jury member of many national and international cartoon competitions (Cyprus, Turkey, Iran, Azerbaijan, Germany and China). Huseyin is the Editor–in–Chief of “New Scorpion”, an international cartoon and humour magazine. He is also the Cyprus–Editor of the “FECONEWS” organ of the FECO published in Holland and of the “Witty World” published in the USA. He published six cartoon books in Cyprus, Turkey and Croatia. Mr. Cakmak has published articles and studies on the art of cartoon and humor in Cyprus in various national and international press organs and took part in various symposia. He was one of the four founders of the “Cypriot Turkish Cartoonists Association” which was established in 1986 and has been its president for 23 years. He was a member of the Executive Committee of the Union of Cypriot Turkish Journalists Association and was its Secretary-General for a period. He has been the Vice–President of the “Federation of Cartoonists Organisations” (FECO) since 1988. Huseyin Cakmak is living and working in Nicosia, Cyprus.