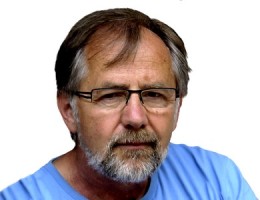 Bretislav Kovarik was born on 26th February 1950 in Pardubice, Czech Republic. As a graduate of the Faculty of Education in Hradec Kralove (1972) his original profession was the primary school teacher. Later, he worked as a teacher of driving, truck driver, educator, program manager of the department of the House of Culture, night watchman and then he became a freelance artist (since 1991). Admiration for the cartoon as a publicistic genre aroused inside him a wave of new cartoonists, which in then Czechoslovakia began to publish in a short period of democratization of the society in 1968. The first attempts to start his own creation were in 1975, his first drawing was published in the Brno periodical “Rovnost” in 1977. Gradually he began to cooperate with a number of Czech (Czechoslovak) periodicals and also with foreign agencies. For his creative work he has won numerous awards at national and international cartoon competitions. In addition to cartoon he is also concentrated to portrait caricature, and other artistic activities. Since 1999, Bretislav Kovarik is the President of the Czech Union of Cartoonists. In the years 1996 – 2008 he was a co-organizer of the International Biennial Cartoon Competition HUMOREST in Hradec Kralove. He lives and works in Trutnov, Czech Republic.