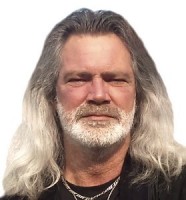 Willem Rasing was born on 14th October 1954 in Deventer, Holland. From 1977 to 1982 he studied arts and arthistory at the Art Academy in Nijmegen and Arnhem to become the teacher in the arts. But he never became the teacher and started working as a freelance artist concentrated mainly to painting, illustration, graphic design and cartoon art. He had his first solo exhibition in 1982 and since that time he presented his artrworks at numerous individual and collective exhibitions worldwide. Willem Rasing took part at many international cartoon competitions and his artworks were awarded prestigious prizes and mentions (we can mention at least 1st prize at the Dutch International Cartoon Festival Eindhoven in 1997, 1st prize at the International Cartoon Festival Pisek, Czech republic in 1999, the Grand Prix at FreeCartoonsWeb China in 2002, 2nd prize at Satyrykon Legnica, Poland in 2004, among many others). He is often invited to be a member of juries of renowned cartoon competitions in many countries of the world. The range of his artistic activities is admirable – he makes paintings, drawings, collages, illustrations, portraits, cartoons, cover designs, sculpture designs, figures on the wall and many others. And as he himself declares – his current activity is mainly to create his personal point of view on the Bible and rockstars. He also participates at a number of workshops. Artworks of Willem Rasing are in permanent collections of several museums and galleries. Very important is also his organizational work – he is the President of FECO Holland. Willem Rasing is living and working in Amsterdam, Holland.