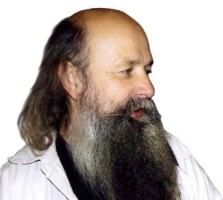 Henryk Cebula was born in 1953 in Sieniawa, Poland. He studied at the National School of Fine Arts in Jaroslaw and the Academy of Fine Arts in Krakow, the Faculty of Sculpture, from which he graduated in 1981 with the diplom in the atelier of Professor Jerzy Bandura. Scholarschip from the Ministry of Culture and Arts. Henryk Cebula is concentrated mainly to drawing, painting, illustration, sculpture, medals, satirical drawing and written satire. His first satirical drawing appeared in 1974 in the journal “Prometej Rzeszow”, and then also in “Karuzela”, “Szpilki”, “Radarz”, “Profil”, “Polityka”, “Wprost” and many others. He has published articles about the cultural and artistic events in numerous periodicals. He created outdoor sculpture in bronze “Bench of Edward Kieferling” in Yaroslaw. Henryk Cebula is also a respected teacher at the National School of Fine Arts in Jaroslaw for more than 30 years. He presented his artworks at more than 100 individual exhibitions and participated in over 920 collective exhibitions in Poland and all over the world (Asia, the Americas, Australia and all European countries). Henryk Cebula has won more than 130 awards and distinctions in national and international competitions. He is decorated with the Cross of Merit and the Gold Order of Merit to Culture. The Association of Polish Artists of Caricature in Warsaw awarded him Srebrna Szpila (Silver pin), twice (in 2000 and 2005) the Eryk Award and in 2014 he has been awarded the main prize – the prestigious Big Eryk. He is a member of the Association of Polish Fine Artists and the Association of Polish Artists of Caricature (SPAK) in which he served in the period 1997-2001 as the Vice-President. Since 1998 he has run the Gallery of satire “Pirania” in Jaroslaw, where he organized a large number of exhibitions and artistic events. In 2001 he released the album “Henryk Cebula – 25 years of drawing”. He lives in Przeworsk, Poland.