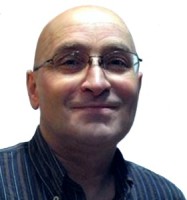 Jacek Gawlowski was born in 1957 in Warsaw, Poland. He studied at the Academy of Fine Arts in Warsaw – in the studio of professors Teresa Pagowska and Henryk Tomaszewski. He graduated in 1981. Jacek Gawlowski works as a freelance graphic artist, illustrator and cartoonist. He is also focused to the creation of comics and illustrations. A very important place in his creative work occupates the cartoon art. He creates portraits of celebrities from the world of literature and politics and also satirical comments on current reality. Jacek Gawlowski debuted in 1972 in the weekly “Zwierciadlo”. His works have been also published in magazines “Szpilki”, “The Warsaw Voice”, “Tygodnik Literacki”, “Przeglądz Techniczny”, “Magazyn Rodzinny” and “Zarządzanie”, but the most famous he became through his drawings for the newspaper “Gazeta Wyborcza”, for which he has been working since 1989. He is the author of the portrait “Man of the Year 1989 – Lech Walesa” – the project initiated in 1989 by the Spanish magazine “El Periodico” in Barcelona. Jacek Gawlowski won the Prize of Henryk Grunwald for young artists and the Prize of Eryk Lipinski. His solo exhibitions were held at the Centre for Contemporary Art (2009), Museum karikatury (1996), Pokaz Gallery (1991) and Teatr Rozmaitości (2001) in Warsaw, Gallery Krzywy Domek in Sopot (2008) and the Gallery of the Polish Institute in Bratislava, Slovakia (2015). He participated in many collective exhibitions, such as “Smile of the Academy” in a circle of Prof. Henryk Tomaszewski, his students, followers and friends, the exhibition on the 100th anniversary of the Academy of Fine Arts in Warsaw and the exhibition “Panorama of Polish cartoon 1945-1998” at the Museum karikatury. In 2006 he published the album “Gawlowski”, which includes his artworks. Jacek Gawlowski lives and works in Warsaw, Poland.