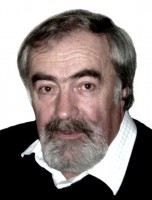 Igor Smirnov was born on 6th July 1944 in Moscow. He studied at Moscow and Leningrad art schools and graduated from the Moscow Art College. Since 1970 he has painted canvasses, and worked as mosaic layer, interior designer, as well as cartoonist and illustrator for various newspapers and magazines. His first cartoon was published in 1971 in the newspaper Krasnaya Zvezda and from that time have thousands of his cartoons been published in the media around the world. Since 1971 he participated at more than 250 exhibitions in Russia and many other countries of Europe, North and South America, Australia, Japan and the Philippines. Igor Smirnov has held individual exhibitions in Russia, Turkey, France, Spain, Mexico, etc. He has won more than 60 prestigious awards at International Cartoon competitions and festivals and was awarded numerous medals. His artworks are displayed in museums, art galleries and private collections in many countries of the world. Cartoons by Igor Smirnov illustrate many publications at home and abroad. He is a member of the Moscow Union of Artists, the International Federation of Artists and the Moscow Union of Journalists. He is an Academician of the Russian Academy of Arts, International Academy of Culture, and also an Academician of the French Academy of Cartoonists. Biography of Igor Smirnov was published in the Dictionary of International Biography and in the International Who’s Who of Intellectuals by the International Biographical Centre in Cambridge, England. He lives and works in Moscow, Russia.