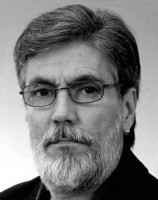 Borislav Stankovic – Stabor was born in 1949, in the city of Bor, Serbia. He studied law from 1969 to 1973 when he quit college without graduating and started his career as a cartoonist. His early works were periodically published in student magazines, untill the beginning of July 1973 when he started working on comment cartoons for “Dnevnik”, a daily Novi Sad newspaper. Stabor is working as a professional cartoonist for many years and his cartoons have been published in numerous Serbian and international newspapers and magazines, such as “The New York Times”, Milwaukee Journal”, “La Presse”, “Nebelspalter”, “Eulenspiegel”, “Hürriyet Vakfı”, “The Yomiuri Shimbun”, “The Asahi Shimbun”, “Jez”, “NIN”, “Politika”, “Blic” etc. His first cartoon book called “I want YU” artistically describes 76 days of NATO bombing. Stabor had six individual exhibitions (Yugoslavia,  Serbia-3 times, Poland, Canada) and participated in more than 550 collective cartoon exhibitions around the world. He has won more than 150 prizes in some of the most important cartoon festivals on the planet. Stabor was a member of the international jury’s session (Canada, Belgium, Poland, Turkey). In 1996, Stabor was announced as one of top ten cartoonists in the world by Cartoon department of Seika University in Kyoto, and at the same time he was selected for visiting professor at this university where he held lectures about cartoons and ilustrations. He is living and working in Belgrade, Serbia.