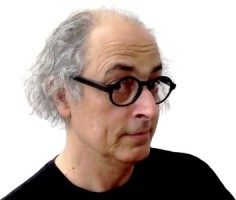 Alberto Morales Ajubel was born on 20th February 1956 in Sagua la Grande, Cuba. He studied for three years at the School of Art in his local province. Ajubel works as a cartoonist, painter, illustrator and contributes to national and international periodicals, the television and cinema. His first cartoons were published in 1973 in the humorous weekly magazine “Melaíto”. In 1981 he started to contribute to the cartoon supplement “Dedeté”. Ajubel moved to Spain in 1991 and established his art studio in Valencia. His artworks have been exhibited at more than 22 individual exhibitions and he has participated in about 80 collective exhibitions in Cuba, Bulgaria, Greece, Canada, Israel, Poland, Japan, Nicaragua, Hungary, Angola, Mexico, etc. He has given lectures and workshops on newspaper illustration in Spain, Portugal, etc. He has a large portfolio of clients in Spain and worldwide. Ajubel is a renowned illustrator, he illustrated numerous books and obtained many prestigious awards – e.g. his work “Robinson Crusoe” was awarded a number of prizes (“Ragazzi Award”, “White Ravens List”, Germany, “CJ Picture Book Award”, Korea, 2009, “Prize in the Book Covers Category and Entire Books”, Portugal, “Prize for Best Illustrated Book”, 2008, Spain). In 2003, Ajubel was awarded by the Ministry of Culture of Spain the prestigious “National Award for the Best Illustration of Children’s Books”. His artworks have received over 50 international awards and 65 additional recognitions in Cuba, where he is listed among the twenty best graphic political cartoonists of the 20th Century. In 1994 he was nominated by the magazine Witty World, USA, to be included among the best satirical artists of the world. He is the holder of numerous other important recognitions and medals. Alberto Morales Ajubel is living and working in Valencia, Spain.