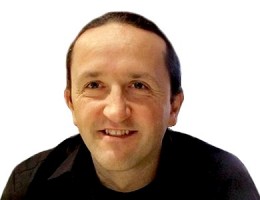 Silvan Wegmann alias Swen was born on 27th December 1969 in Solothurn. Education for technical customs officials at the Federal Customs Administration in 1990. Then he spent only a year as a commodity customs official at the Zurich airport. From 1991 to 1998 he studied fine arts at the “F + F School of Design Zurich” from which he graduated with Diploma. From 1993 to 1995 Internship as graphic designer at the advertising agency  “FAW, Atelier am Wasser” (Atelier at the Water) in Zurich. Since 1996 is Silvan Wegmann working as a freelance artist and cartoonist. His cartoons appear mainly in the Aargauer Zeitung, Gastro Journal, Jungfrau Zeitung, Nebelspalter, Sonntag, Sonntags Zeitung and many others. He presented his artworks at numerous individual and collective exhibitions at home and abroad. Among others, on “Jahresrueckblick” of the Swiss press cartoonists during each of the parliamentary winter session in Bern. Swen is holder of various awards, including: Award “German Prize for political caricature in 2008 and 2010”, “United Nations Ranan Lurie Political Cartoon Award in 2009 and 2011,” U.S., Award “German Prize for political caricature of 2012”. He is living and working in Switzerland and the Czech Republic.