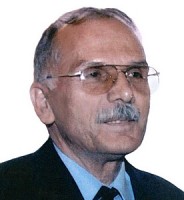 Atila Ozer was born on 3rd April 1949 in Burdur, Turkey. He was graduated from State Engineering and Architecture Academy (1973). He had his post graduate degree in “Communication Arts” from Anadolu University Social Sciences Institute (1985) and “Competency in Art” in “Graphics” from Marmara University Social Sciences Institute (1986). He became an associate professor in 1995 and a professor in 2001 in Anadolu University. He was interested in cartoon art as a cartoonist and a researcher. Cartoons by Atila Ozer were published in numerous newspapers and magazines in Turkey, Austria and Germany. From 1978 to 2010 he presented his creative work at 14 personal and  countless collective exhibitions at home and abroad. He took part in various national and international competitions and his works were awarded prestigious prizes (Turkey, Japan, Macedonia, Germany, China, Azerbaijan, Iran, Syria, Korea, Bulgaria, Cyprus, etc). Prof. Atila Ozer is the author of 11 books (cartoon albums, research studies, collections of articles, biography, etc). He wrote dozens of articles on cartoon art and held many presentations. He designed the graphics for books of Anadolu University Distance Learning Faculty and TV programs. He designed the graphics and animations of 300 lectures for Ministry of National Education. In 1983, he established Anadolu University Cartoon Club. ln 1984, he instructed the first cartoon lectures at Turkish Universities and continued to give lectures until his death. He was the founder (2002) and director of the Anadolu University Cartoon Art Research Center. In 2004 Prof. Ozer established Eskisehir Anadolu University Cartoon Museum and as the director of the museum opened 54 exhibitions. In 2009, he organized the 1st Cartoon Museum Directors Meeting in Eskisehir in order to establish World Cartoon Museums Union. Atila Ozer was a member of Turkish Cartoonists Association since 1975 and Federation of Cartoonists Organizations (FECO) since 1995. He passed away on 23rd April 2011 in Eskisehir, Turkey. Artworks by Atila Ozer are in permanent collections of many galleries and museums worldwide. In September 2012, at the International Cartoon Museums Meeting in Kruishoutem, Belgium, Prof. Atila Ozer’s birthday – April 3rd was announced the Cartoon Museums Day.