Stefaan Provijn was born on 5th July 1960 in Deinze, Belgium. Education – seven years of art school at St Lucas and the Royal Academy for Fine Arts (KASK) in Ghent-Belgium. In 1985, Stefaan works as a freelance illustrator at a drawing studio in Brussels making drawings for advertising assignments for a couple of years. Then, he started to work at Pen Film animation studio in Ghent where he worked as a background artist on „Les Mondes Engloutis“ for Frenchtelevision TF 1. After that, he became a freelance graphic designer, illustrator and cartoonist at his own studio in Sint-Martens-Latem, working for a mix of different clients: editors, companies, governments, marketing agencies. In his spare moments he participates in cartoon contests both in Belgium and abroad, from time to time winning some interesting prizes (we can mention at least some of them: 1st Prize “Cartoon it yourself” SIHO 2013 Belgium; Kever Prize Duth Cartoonfestival Bergen op Zoom 2013 The Netherlands; Golden Cartoon Award Sint Truiden 2012 Belgium; 3rd Prize Porto Cartoon World Festival 2010 Portugal; Special prize “Turkey facing Europe” 2004 Turkey; 1st prize “Energy” Bree 2003 Belgium; Brabant Water prize “Kletsnat” Eindhoven 2001 The Netherlands; and many others). Stefaan gets his inspiration from his own interests, frustrations, reading about or looking at news facts, observing people, or just by working on the theme of a cartoon competition. He often makes use of common contrasts in life: laugh/cry, love/hate, rich/poor, care/ignore, good/bad. Also social, ecological or daily problems can be an inspiration. In 1913 he publishes his first book „Cartoons“ with a selection of his best cartoons in full color. Stefaan Provijn is living and working in Sint-Martens-Latem, Belgium. 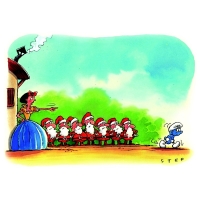 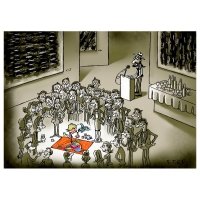 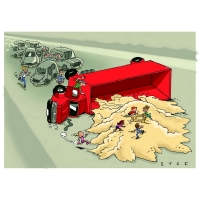 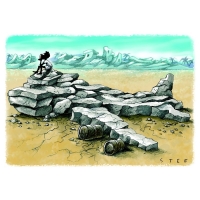 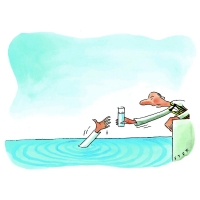 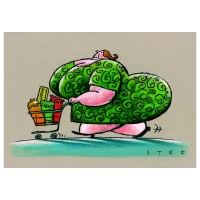 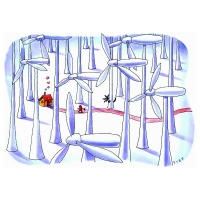 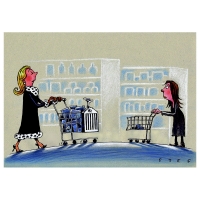 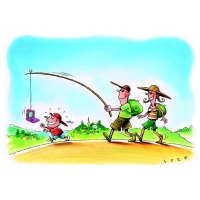