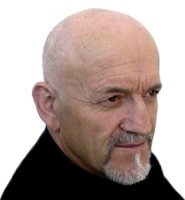 Luka Lagator was born on 8th December 1945 in Cetinje, Montenegro. He graduated at the Faculty of Economics. He worked in printing press “Obod” and “SDK”, later in “Payment processing” and finally in the “Central Bank”. Currently, he is working as a freelance artist concentrated mainly to painting, illustrations, caricatures and cartoons. He stayed and worked in numerous art colonies in the country and abroad. Luka Lagator published over 4500 works in various newspapers at home and worldwide. He illustrated approximately 80 books. He published three his own cartoon books and is the author of the first comic strip in Montenegro. Luka Lagator presented his artworks at 35 individual exhibitions and countless collective exhibitions at home and in many countries of the world. He participated at a number of international cartoon competitions and his arworks were awarded 67 prestigious prizes (we can mention at least some of them: 1984 – 2nd Prize Titograd, Yugoslavia; Special Prize: 1997 – Seoul, Korea; 1998 – Hokkaido, Japan; 2000 – Torino, Italy; 2001 – Marostika, Italy; 2002 – Aydin Dogan Ankara, Turkey; 2002 – Yomiuri Shimbun Tokio, Japan; 2003 – Shanghai, China; 2004 – Jonzac, France; 2005 – Hiderabad – Utra Pradesh, India; 2006 – Nanking, China; 2006 – Humorfest Foligno, Italy; and many others). He won the prestigious Chinese “Red Man” (for contribution to the world cartooning) and prizes “The Golden Pier”, “Klas masterly pen”, two titles of Yugoslav cartoonist of the year granted by “Kart”, a special cartoon magazine. Luka Lagator moreover entered in the encyclopedia “Top 20 works from the world’s top 20 cartoonists”. He is also author of two short films: “Sysiph’s task” and “Sysiph’s effort”. Member of the Association of Artists of Montenegro and the Montenegrin Association of cartoonists from its establishment in 1996. He lives and works in Cetinje, Montenegro. 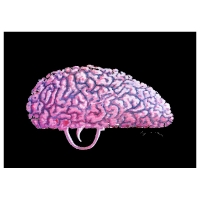 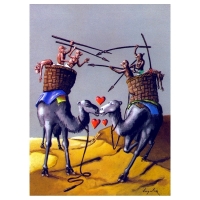 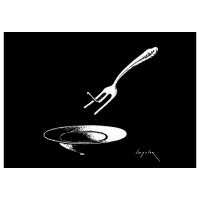 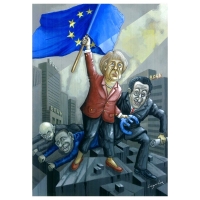 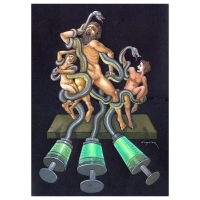 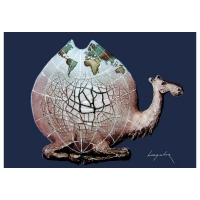 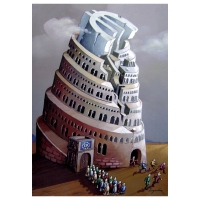 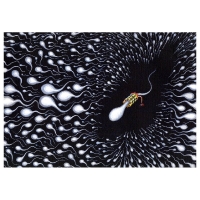