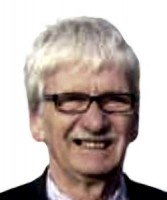 Ross Thomson was born in Hawick, Scotland on October 1938. He graduated in Graphic Design at Edinburgh College of Art, then in 1962 moved to London and worked as an art director in various advertising agencies after which in 1970 he became a freelance cartoonist. His cartoons have appeared in various newspapers and magazines such as Punch, Reader’s Digest, Private Eye, Playboy….. and also in many successful advertising campaigns such as BOAC Earthshrinker, Midland Bank, London Buses …. He has also designed over 80 animated TV commercials and won numerous prizes at many international cartoon competitions all over the world. His witty imagination and clever observations have made him successful in writing and illustrating children’s books and making animated films for children. He lives and works in a small village in Sussex, England.