FIGURES OF SPEECH AND CARTOONS – METAPHOR 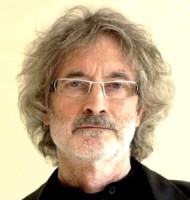 Cartooning is a sort of language; consequently we could try to compare the structure of a cartoon with that of a classical language. More specifically, we want to know whether cartooning could use figures of speech, as a classical language often does. For example, the metaphor is a very common figure of speech; we also can find it in some cartoons.

In a metaphor, a situation is compared to a real thing, although the situation is not actually that particular thing.
For example:
“Waves of spam emails inundate my inbox”
“The teacher is going to plant the seeds of wisdom”
“My dreams are flowers to which you are a bee”, and so on … 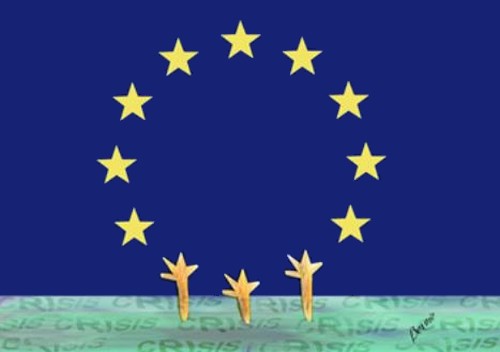 The crisis is represented by a flood; then, “submerged” European countries are represented by hands emerging from the water. As in the language of metaphor, a situation (the crisis) is compared to a real thing (the flood). 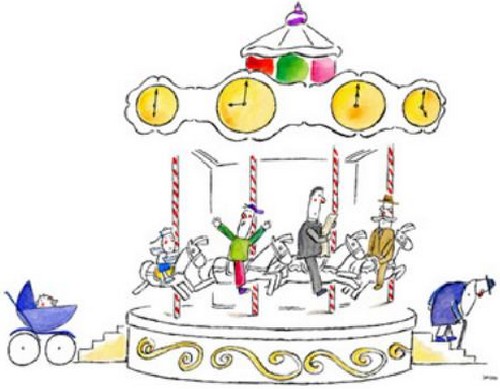 The human life is represented by a carousel; then, when you get out of the carousel, you are an old man. 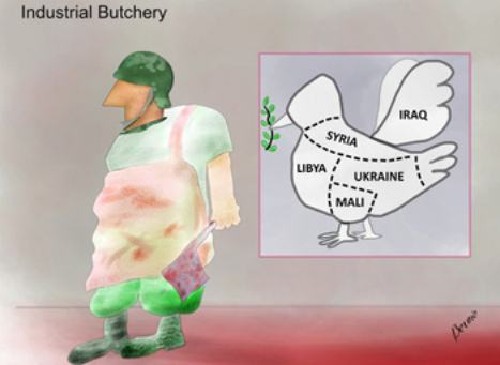 The soldier is represented by a butcher; then, the dove of peace is like pieces of meat.

In the classical language, a cliche is a dead metaphor. For example: America is a “melting pot”, some famous actress is a “shining star”. We can find cliches in cartooning too. See pictures 4 and 5

In an editorial cartoon a substitution is mostly used to send a message, for serving a cause or idea. See pictures 12, 13, 14, 15: 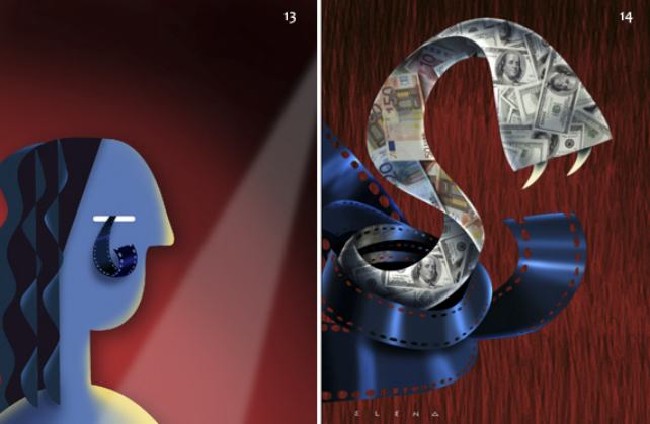 Picture 12: The fish bones are replaced by forks in order to suggest the scourge of famine in the world.

Picture 13: Tears are replaced by a roll of film; it suggests the exploitation of women in the film industry.

Picture 14: A roll of film is being replaced by a snake, itself been replaced by dollars, the meaning is the negative role of money in the world of cinema.

Picture 15: The DNA molecule is being replaced by prison bars, in order to denounce injustices often linked with skin colour.

The reader has to find the meaning of the substitution; it is like a game; there is a complicity between the cartoonist and the reader. But it is not always easy, as shown by the following example

Picture 16: A jug is replaced by the Earth: usually, women are responsible for finding water, maybe that means women are in charge of the Earth (?)

Picture 17: The jug is replaced by a pile of books: does that mean that education is more important than housework?

Picture 18: The water jug is replaced by a pile of paper files linked with various water forums; ironically the cartoon suggests that a number of speeches have been given about the problem of the water, but things don’t change.

As noted above, a substitution does not always lead to a metaphor. So what is the way of recognizing whether or not there is a metaphor? Maybe it is possible to illustrate that through an example. 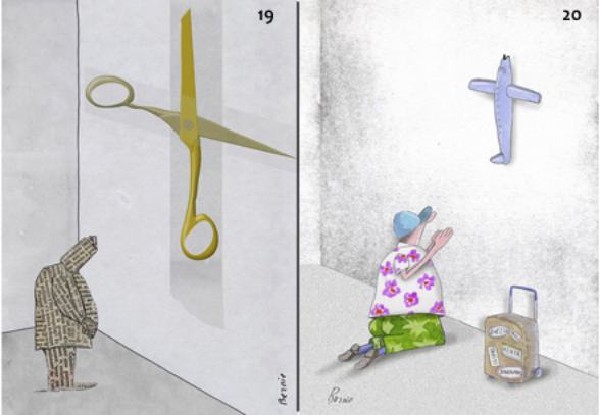 In both cases we have a substitution: in one picture the crucifix is replaced by a plane, in the other one by scissors. I think that only the picture 19 is a metaphor because we have a complete transposition of a situation from the world of press to a world made of concrete objects (the scissors symbolizing the censorship and sheets of newsprint symbolizing the press), the sheets of newsprint bowing before the cross/scissors, that’s like press bowing before the censorship.

A metaphor is constructed logically. Of course, the borderline between a simple substitution and a metaphor is sometimes very blurred. Some artists use substitutions systematically ; most cartoonists use them in the preparation phase of their cartoons, in order to find an original idea. Then, the idea could become a metaphor or turn into another figure of speech we will talking about in a following article.