WHAT I AM THINKING ABOUT 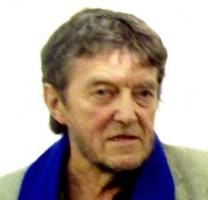 I am actually an artist by profession and sometimes I go around for some opening of an exhibition, or a similar presentation. I seldom succeed to arrive somewhere on time, but as regards the aforementioned events, I don’t feel that I have missed something. When I remember, I have not yet missed the train only.

Especially the opening of artists, whether they are young or older authors, those in fact with its atmosphere reminiscent me a funeral. With the only difference that the deceased (ie, author) does not lie in a coffin, but he is standing on a place of honor, usually dressed nicely (as in a coffin) and usually with arms crossed in front of his body as if he were already lying there. And then those evaluation speeches … There the esteemed author, as in a rehearsal, hears what some of them will say, when he actually dies, with what of course no one, and even the artist himself does not count at all. So the rumors are recited by unwritten rules, that on dead are said only good. What thinks a participant of the opening about the artist’s works, that we will never know. And not only because of that in such a solemn moment it would not be appropriate, especially critically, commenting on the master’s work, but most of the guests are already drawn to the Swedish or other refreshment tables, that is, with some blowout and booze. So that the part of the attentive visitors quickly tiling author (the deceased) bouquets of flowers to congratulate him on the exhibition (say goodbye to the deceased) and when there is not at hand a handful of soil, they run to indicated direction. The survivors, i. e. paintings or three-dimensional works remain sadly hang on the wall (or on the plinth in space) and watch silently debates of the lovers of art, which eventually outgrow in the lively entertainment until (with the final straw of wine) they do not give the dead person (author) last goodbye.

(Author of the reflection is an outstanding Slovak artist, cartoonist, publicist, organizer of the International Cartoon Competition and publisher of a humor magazine)

* The article was published in daily newspaper Pravda in November 2008 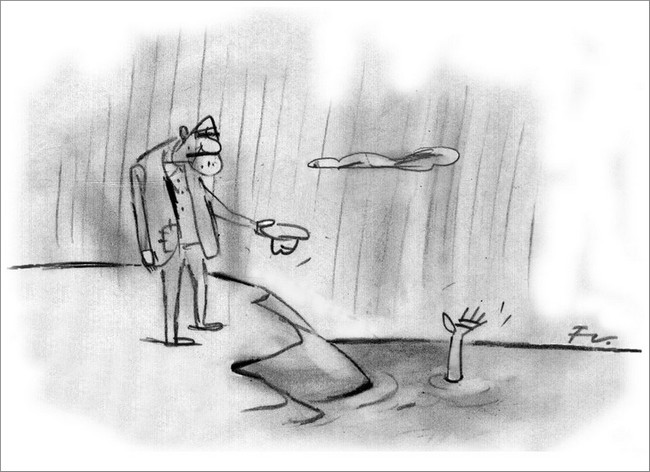