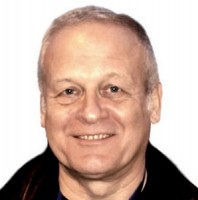 There are many works of art which can be, to some extent, linked to a philosophical or religious view. Some of them even stand up as philosophical tracts in themselves. Since the art of cartoon is mainly absurd, it is possible to talk of the connection between this form of art and the views of existentialist philosophers. The novels of Camus and Sartre, for example, are illustrations of their philosophical views. Equally, if we take the works of Kafka or Celine, who were not actually philosophers in the generally accepted sense, all their works carry a sense of existentialism.

But is there any connection between the art of contemporary cartoon and philosophy? Is it possible to say that cartoon, as a genre, reflects any particular philosophical ideas?

It is difficult to imagine a serious cartoonist who, with his critical way of looking at things, could worship a particular god and still be creative. You can imagine an exhibition of cartoons taking place almost anywhere; in a yard, on a submarine, in a public toilet, but not in a church.

At various stages of their creative lives, most contemporary cartoonists look to the same themes: themes which fit within the parameters of the genre. A close inspection of the roots of these themes reveals that the world view of cartoonists from the second half of the twentieth century is, to a large degree, related to the philosophy of existentialism. It is possible to draw parallels between the works of existentialist writers, like Camus, Kafka, Sartre and others, and the cartoon drawings of Topor, Zlatkovsky and Zabransky, for example.

As proof of this, we can consider some typical examples from the work of cartoonists.

A man on a desert island. There are thousands of well known cartoonist which make use of the tiny, uninhabited island, surrounded by endless ocean. The island is a symbol of man’s loneliness, of his escape from his absurd environment. The theoretical searching of any existentialist will inevitably lead him to an uninhabited island which can serve as a starting point on the path to personal freedom or as a world where the struggle for survival is the only faith.

There are other characteristic examples to illustrate this point. Take the ever so popular cartoon character of the lone prisoner in his cell or the bird in a cage. From the point of view of philosophy, in the cartoon where a cell or cage forms the environment, the real hero is man’s personal freedom.

There probably is not a single cartoonist who has not bowed to the desire to use the image of the ostrich with his head either in the sand or stuck somewhere else. Is this just a convenient basis for the creation of a comic situation. Is it only that? It is possible that within this image there is the idea of a person’s sub-conscious striving to hide from the absurd. Or it could be the cartoonists criticism of an attempt to hide from reality and from taking responsibility for our own fate. The ostrich that hides his head in the sand out of fear may be serving as a symbol of the philosophical efforts of existentialists.

Another typical example of the universality of the art of the absurd: from one cartoon to another wanders the figure of the bureaucrat in glasses sitting behind a desk, manning several telephones. Is it not the invisible presence of this bureaucrat that pervades Kafka’s novels?

Thousands of cartoons featuring images of ragged beggars flash by on the pages of newspapers all over the world. The beggar, who opts out of the fight for survival, serves as a good target for the existentialists’ jokes. This sort of character can be an anti-hero in the literature of the absurd, that is if you can have an “anti-hero” in such literature. If you can, then the “hero” must be a society characterized by the unjust distribution of material wealth and, in this case, it follows that there is some hope of a time when the distribution of wealth will be just. And “hope” is precisely what existentialists refuse to acknowledge.

When referring to a maze in their drawings, as a rule, the cartoonist’s subconscious starting point is the ever-present feeling that there really is no way out. Although the idea of a maze presupposes hope of finding a way out, it is precisely the exit that the cartoonist is making fun of. Thus he denies the way out, he refutes hope and the interminable is victorious. What is more, the maze represents not only freedom of choice, but also the fact that people have to make choices.

Literally bent on it’s own destruction, the image of the leaning tower of Pisa is another existentialist symbol. It is used mercilessly by cartoonists who, for decades, have been drawing little people wandering round the base of this symbol of lost hope.

Let us consider of the most convincing examples of cross-over in the images used by existentialist philosophers and cartoonists: the mythological figure of Sisyphus. The foot of the mountain, rocks, the summit, the figure of Sisyphus – these images offer ample opportunity for visual contemplation. Cartoonist is not only attracted by the rich artistic imagery here, but first and foremost, they are interested in the tragic fate of the hero; his self-assertion in the face of the inevitable and this is where we find the absurd which is so highly prized by the critical mind. Here is what Camus wrote in his essay “The myth of Sisyphus – a study of the absurd”. “His emaciated face, hardly distinguishable from the rock. I can see this man descending with heavy, but measured, steps towards torment to which there can be no end. And with each breath some awareness returns to him; awareness as inescapable as his suffering. With each moment, as he descends from the summit into the den of his enemies, he is higher than his fate, harder than the rock.”

For cartoonists the world over, the magic attraction of this character can, perhaps, be explained by the fact that, in the form of a cartoon, Sisyphus’ fate reflects the fate of contemporary man. Within the limits of his genre, the cartoonist is not so interested in the character of Sisyphus, or his tortuous descent, as in the symbolization of the tragic fate of modern man through the substitution of mythological images for modern, recognizable ones.

In the very same way the tragedy of fate can be seen in a person’s struggling to ascend above others like himself, to be raised up on a pedestal of imaginary freedom which gives power. It is no coincidence that cartoonist-existentialists so often depict all sorts of monuments. The main idea behind these drawings is the destruction of idols, the ridiculing of hope of eternal life, even of an illusory eternal life.

Cartoonists have noted yet another absurd hero – Don Quixote. Modern cartoonist are deeply interested in that inseparable couple – the windmill and Don Quixote: their famous fight representing the battle between man and the absurd world and the interminable nature of this battle. Is it not this very battle that lies at the heart of the existentialists philosophical theories?

We have considered one of the favorite themes of the contemporary cartoonist. It would be possible to analyze other themes which rely on well-known symbolistic images like Rodin’s “The Thinker”, Picasso’s “Dove of Peace”, the Statue of Liberty, the person attempting suicide, the Trojan horse, The King with no clothes, the piggy-bank, the baby bird breaking out of it’s eggshell, the lone traveler in the desert…. It is obvious that the world view of cartoonists from all corners of the world has something in common with the that of existentialists. Perhaps it is their critical attitude to reality, their sharp wit and powers of observation, their ability to generalize which forces both the cartoonist and the philosopher to look at life from the same angle. The cartoonist and existentialist philosopher have one mutual passion – they love the world in spite of, not because of, its qualities and they both praise beauty by denying what is ugly.