CARICATURE IN THE 21th CENTURY 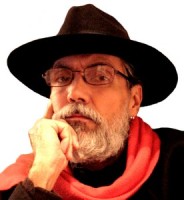 When I was still a boy I had realized the specificity of a clown and his skill to imitate life by exaggerating every gesture and undertake. Excessive image draws the attention to the event and lightens the essence. After the artist on a rope stretched to 10m up high, a clown would make an appearance dressed as an artist on a trapeze performing the same act, emphasizing the mistakes in movements while being carried away by the rope under which a safety net is no longer stretched. The parody of the life-threatening situation tells about a clown who is better trained than the artist on the rope and tells about the knowledge of every situation, even the worst one. We come to the similarity of this situation with caricature and with the skills of a caricaturist.

He exaggerates in order to lightens and preserves the essence of the event that he describes and hence draws the attention to the situation, which, if it was normally presented, would remain on the level of news from newspaper, television, etc. At first, the viewer is attracted, then surprised and at last ready, so that he could, in an unpredictable finale, accept the essence in plain view. That is precisely the power of caricature, it’s core and it’s purpose: draw the view, surprise and then announce the distilled essence. Entire process in one single picture.

……With the beginning of the 20th century, caricature, especially the political one (editorial), flourishes on the pages of daily newspaper around the globe. Two world wars, many individual and world economy crisis in their cyclic waves, had strengthen this kind of art. All over the planet, like on some folklore milieu, protagonists of authority over others are marching, magicians of lies and promises, but as well ordinary, disenfranchised, little people who are born in an observing and exaggerating mind of a caricaturist. Entire 20th century is an enormous, wet and dark stain of an undried ink of terror, abuse, enslavement and liberation, military coups, social overthrows, revolutions, technological madness and pollution, dirtying and poisoning the nature as if it’s our worst enemy, which will inevitably become.

……What does the caricaturist in the 20th century do? Falls from exhaustion, screams, marks scary zones and dangerous areas. He is always present and current, sharp and remorseless. He doesn’t dilute the image of the world, but on a contrary, he predicts and warns. The end of the 20th century brings new wars, through a big door it introduces the term of terrorism in an unthinkably devastating form. Caricaturist is near, observing, caped with the cloak of truth. History repeats and moves underneath his quill. History – the teacher of life, caricaturist – a lighthouse of dimmed spots on which the world can brake down as a steaming ship.

……21st century brings up the problem of power consumption, increase of holes in the ozone layer, the phenomenon of greenhouse, drinking water shortages and cataclysms as a sort of an epilogue of thoroughly built world failures. In response to these black enigmas, new wars are possible, together with the use of the first level of cosmos and internet, as well as a possible new religions and movements. Is there a job for a caricaturist in a situation where there are no forests (therefore paper), no newspaper for recycled paper (only internet), no interests for an original idea, but only for it’s replica or a surrogate which is available for a pittance? Will the ideas of caricaturists get recycled and as such lose their substance – credibility? After all, reality already overwhelmingly exceeds imagination with it’s unpredictability and speed of change of crazy ideas and inventions.

……What is left to the caricaturist then? It remains for him to return to a completely forgotten art of fine lying and inventing. A caricaturist again needs to engage the natural mischief and skill of a clown from the beginning of this story. The world is a rope stretched to breaking and without a safety net above the abyss. The clown crosses the half of it, dancing up and down with a supreme expression, exuberantly singing like an Osvaldo Cavandoli’s character “La Linea”. Dancing up and down he pulls the stretched rope tied to his legs long, long into eternity.