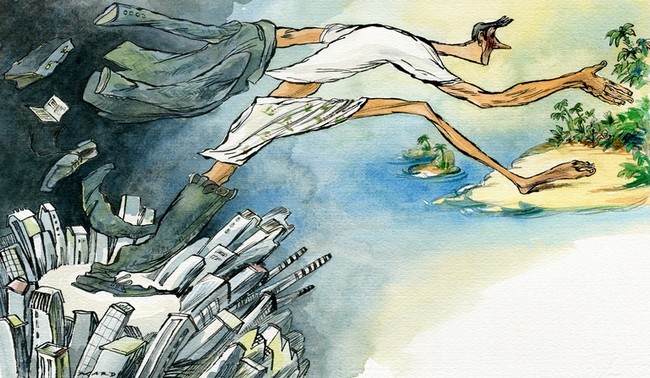 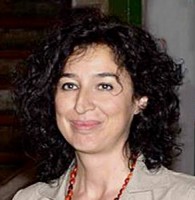 Some places of the world have magical power. One of the most famous of them is undoubtedly the Italian Venice – the city that is in itself an artistic gem. Perhaps there is no someone who would not hear about this place, and who would not desire to see it with his own eyes, and then again and again go back there. In this magical city has always converge all the lines of force of Art – in Venice worked great artists such as Canaletto, Bellini, Giorgione, Veronese, Mantegna, Tintoretto, Tizian, Tiepolo, Verocchio, Canova – to mention just a few of the most famous of them. In this city is simply not possible to avoid art and its impact, we meet it at every step.
In 1750 was in Venice founded (and since then is continuously educating new artists) one of the most famous art academies in the world – Accademia di Belle Arti di Venezia. At its establishment stood artists such as Gianbattista Tiepolo, Giovanni Battista Piazzetta and there have been teaching numerous world-renowned artists.
And just at this famous academy is working as a professor also well-known Italian artist Marilena Nardi – this fact in itself is already a sign of the highest quality. At her birth had to be extremely favorable constellation of stars and next to her cradle had to stand especially generous fairies because they have given her not only an extraordinary charm and intellect but also a huge artistic talent. And they have done very well – Marilena Nardi has used these gifts in the maximum extent – she herself creates not only artworks of extraordinary quality, but is able to perfectly transmit her artistic skills and experiences also to her students from various countries.
She really has a lot to give away – original style, talent, strong intellect and uncompromising commitment for all human things – all these qualities coexist in a wonderful symbiosis, all parts fit together with absolute precision, all the ingredients were mixed together in the correct proportions, and these exceptional settings produce results in the form of extraordinary creative contribution to the European and world art.
Especially attractive to us is that her favorite disciplines to which she devotes much love and commitment, are also creation of cartoons and portrait caricature. Marilena Nardi brought her creative work in this area at the highest level and therefore she became one of the most respected cartoonists in the world. As if she was predestined for such a role, she has the extraordinary ability to give us through her artworks much of joy and beauty. But she is also extremely sensitive to any disturbances and disharmony of this world and is able to depict them in really fascinating way.
Marilena Nardi is undoubtedly one of the most serious candidates for the title of the First lady of the European and world cartooning. It is certain that in the future will her name have the place of honor in the list of great personalities of the famous Accademia di Belle Arti di Venezia.
We are very proud that we can introduce her work and professional career.
.
*****
.

Marilena Nardi was born on 29th October 1966 in Chiampo, near Vicenza, Italy. She created her first cartoons at the age of 16, participating in some competitions of illustration and graphic humor and collaborating with a local magazine. After the artistic maturity and the subsequent degree in Art in 1986 and in Sculpture in 1990, she devoted herself to teaching at the Academy of Fine Arts in Venice: since 1992 she has become the Professor of Artistic Anatomy and since 2003 also of Illustration. In addition to her pedagogical activities Marilena Nardi focuses mainly on illustrations, graphic humor, satire, caricatures and portraits. Since 1984 she has participated at hundreds of exhibitions of graphic humor and illustration in Italy and in the world and her artworks have been awarded a large number of prestigious prizes (see below). Marilena Nardi is often invited to be a member of juries of the International Cartoon Competitions all around the world – let us mention some of them: 2000 – the VIII National Festival of Humorous cartoon “Premio Xavier Memmo” Lanciano (Italy); 2006 – The International Biennial of Graphic Humor “Wine, humor and imagination”, the IX International Festival of Graphic Humor; 2009 – the 2nd International Cartoon Contest Olive (Cyprus), 2013 – World Press Cartoon Sintra (Portugal); 2014 – the 4th International Turhan Selcuk Cartoon Contest (Turkey); the 1st International Cartoon Contest Maidan (Ukraine); the 46° Concorso Internazionale Umoristi a Marostica (Italy). In 2014, she was the President of the Jury in the International Contest Satyrykon Legnica (Poland). She collaborated with many Italian newspapers and magazines, such as Il Corriere della Sera, ViviMilano, CorriereEconomia, CorriereSoldi, CorriereLavoro, CorriereScuola, but also Diario, Gente Money, Borsa & Finanza, Avvenimenti, Salute Naturale, Il nostro budget, Monthly, etc. She created the illustrations of the animated fairy tale “How deserts were born” for the TV program “The moon upside down”. Recently, she has collaborated with the Italian satirical newspapers Il Misfatto, L’Antitempo, Il ruvido and the international Fire. Some drawings she created for MicroMega online, Il Nuovo Male and for Il fiore del partigiano (ANPI). Marilena Nardi has also collaborations with many blogs and online journals, including l’Asino, Aspirina, the magazine, Buduar and ANPI.it. Currently, she mainly draws for the daily Il Fatto Quotidiano and for the bimonthly magazine Barricate! Some artworks by Marilena Nardi are presented in the following museums of humour art: Bajardo, Bronzolo, Tolentino, Istanbul, Tehran, Zemun and in the Museum of Science and Technology in Milan. You can find her in the Dictionary of contemporary illustrators, edited by E. Bragaglia and T. Grossi, published by Centro di documentazione dell’Illustrazione Contemporanea, Bronzolo, Bolzano. In the last time Marilena Nardi made a major solo exhibition in Piracicaba, Brazil, as part of the 39th International Cartoon Humor Exhibition. As have been written by Luca Novelli in “Grafica & Disegno”, No. 37: “She can draw anything: love, health, children, business & finance. Always with a light touch, irony and a remarkable sense of humour”. Marilena Nardi is living in Maserada sul Piave, Italy.

* Large list of artistic activities of Marilena Nardi in the years 1984 – 2011 (exhibitions, competitions, publications) in Italian language you can find HERE

There are relatively few women working in the field of cartoons and caricature. Marilena Nardi is the first woman whose work we present in the Cartoon Gallery through a large representative collection. How you will convince yourself, it is definitely a great and inspiring experience!